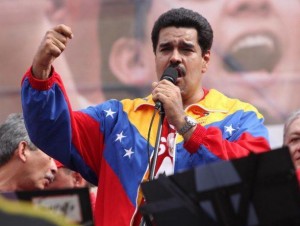 The president of Venezuela Nicolas Maduro called the ruling party members to stay loyal to the process amid media reports that indicate that there are intense struggles in the government.

“Whatever happens, let’s keep united, go forward and thus was,” Maduro said on Wednesday night during a Council of Ministers, and urged members of his cabinet to hold a “profound loyalty” to the government program.

He added that “there is no excuse for anyone´s betrayal to the revolutionary process” in an act, which was broadcast by the state television, where he administered oaths to some members of his ministerial team, who took new positions.

For his part, President of the National Assembly Diosdado Cabello, called for a greater unity of the people and the revolutionary forces around President Maduro and to the consolidation of the Bolivarian process.