Mahuad is removed from the red list of Interpol 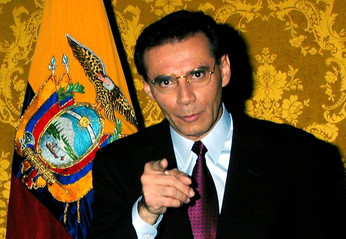 The sentence against Mahuad, issued on May 29 by embezzlement of public funds, was appealed the 13th of June by Mahuad through Vivanco before the National Court of Justice (CNJ, Supreme), in a letter in which he insisted that it was not followed due process in this case supposedly.

In statements to EFE, Vivanco said on Tuesday that Interpol had maintained a “legal criterion” by considering that the Mahuad case “was predominantly a political process” and the red alert was “never” put into circulation.

He also indicated that in the Interpol website Mahuad no longer appears among people who are wanted.