Marchs in Guayaquil over Labor Day

To commemorate May first, despite the rain, the union sectors and the Governorate in Guayaquil called for marches, in a display of opinions for and against the current Ecuadorian government.

In rejection of the draft Labour Code, which was delivered yesterday to the National Assembly for it discussion and process, civil servants, health workers, teachers, and several unions marched to demand the government to respect their rights.

On the other hand, members of the mobilization organized by the Governorate of Guayas, marched in favor of labor policies of the government and of president, Rafael Correa. 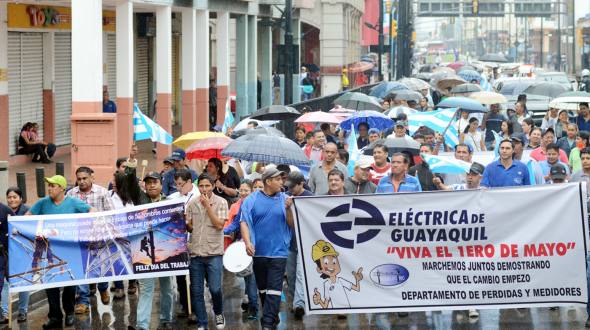 The Electric Company of Guayas, marched in the middle of the rain to commemorate Labour Day.