Mark Zuckerberg, founder of Facebook, only received $ 1 profit in 2013 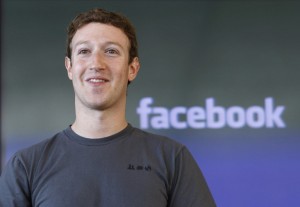 Facebook has experienced a decline of -67% drop in 2013 profit

In a security document, published last Monday, prior to the general meeting of shareholders of Facebook, it is stated that Mark Zuckeberg, creator of the social network, registered a decrease of -67% in the 2013 revenue. If we compare the $653.165 US dollars versus the $ 1.99 billion recorded in 2012.

For this reason, Zuckeberg has decided to receive a symbolic basis salary of $ 1 by not having taken any cash bonus or shares, following the example of Silicon Valley tycoons. According to Forbes magazine, Zuckeberg remains one of the richest men in the world, with a fortune of $ 26.700 million.