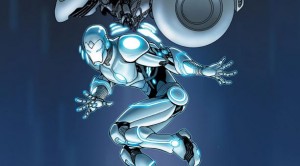 The U.S. comics publisher Marvel announced yesterday on its website that ‘Iron Man’ radically changes his image, assuming an aesthetic that makes him a ‘Superior Iron Man’.

Fully metallic and flashes of light, such is the new image of this superhero, after which the millionaire playboy Tony Stark is hiding and that, until now, when it came to saving the world, wearing a suit golden and reddish tones .

Those responsible for this change are the illustrators and Yildiray Cinar Tom Taylor, being this the first work for Marvel Taylor.

“It’s great for me to take the first step in this universe, but deliver a character like Iron Man, one of the most important heroes in the world, this step is the closest thing to a jump from a building,” says Taylor in Marvel website.

Peru and Mexico sign agreement of cooperation against organized crime