This Saturday the ruling party called on its members to “fill the 9 de Octubre avenue” to present the project of specific reforms to the Labour Code, which was announced last month by President Rafael Correa.

Correa, who will be attending the massive event, will formalize the proposal in Guayaquil, on a date in which 92 years ago a march of workers ended in slaughter.

At a press conference governor Rolando Panchana said that about 60,000 people are expected to attend the event and also reported that relief agencies will ensure the security and integrity of the participants.

Minister for Employment Relations, Carlos Marx Carrasco, declined to give details of the project to be delivered today. 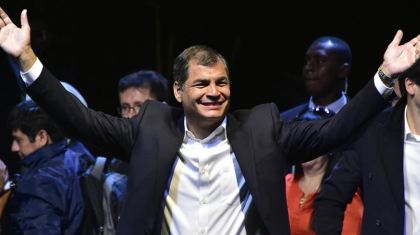 Workers will march this Wednesday to protest for labor reforms