Mauro Toscanini: ‘US aid is coordinated for the border ‘ 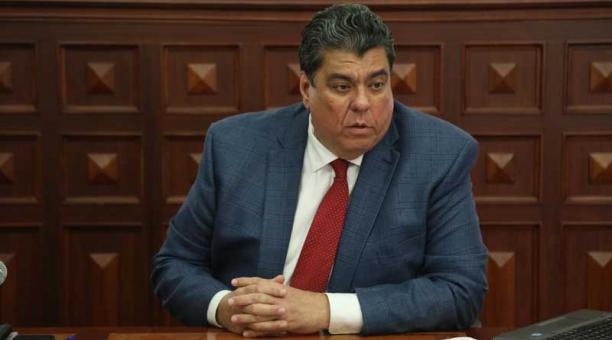 Interview with Mauro Toscanini, Minister of the Interior.

What is the police doing at the northern border?

They have many meetings. We are working and coordinating actions to safeguard the border.

How is the equipment for the police?

Pretty good, but depending on the threats we have in the future we will have to improve.

In what, for example?

For example, we need other helicopters, patrol boats for the Mataje River and the Putumayo River. We also require artillery launches and intelligence technology equipment. Precisely tomorrow (today) I will travel to Washington to hold talks with officials of the US Department of State, to coordinate US aid in the fight against narco-crime.

The new Joint Task Force is under the Army. Doesn’t this leave the police out?

They have control of the border, but the rest is coordinated by us. We have specialized border groups. The GOE, GIR, Unase and hundreds of intelligence agents are there.

In police intelligence were there changes?

No, there are no changes, but at a general level we are making modifications. Incidentally, the President of the Republic these days must sign the decree to promote five new generals. The question about Intelligence is because ex-commander Ramiro Mantilla told this newspaper that the unit was transferred, without authorization, to the Major who had conversations with ‘Guacho’. Until the day that Commander Mantilla was there, he did not tell me that. Now, we as police are conducting internal investigations but these cases must also be prosecuted.

How is the evaluation of the policemen who worked at the border?

There are certain procedures, including they go through the polygraph. At this moment we have an important group of probationers and we are constantly monitoring it.

But the evaluation process for the agents who worked the last five years at the border continues or was it suspended?

It is constantly being done, but the changes we make are also important. We have Inspectorate and Intelligence reports.

The President has said that there was permissiveness for drug trafficking on the northern border.

Do you agree with the Head of State?

It is difficult to say that there was a corridor or permissiveness, but I personally think it is very suspicious that we now seize what has not been done before. Something happened, there was no adequate control. This is not verifiable, but it is questionable and suspicious.

Has the President’s research been investigated?

It is a presumption that the President told us, I also think that, but I do not have proof. Do you get me?. (I)

Giant Encebollado will be prepared at Ñuka Mikuna festival in Guayaquil