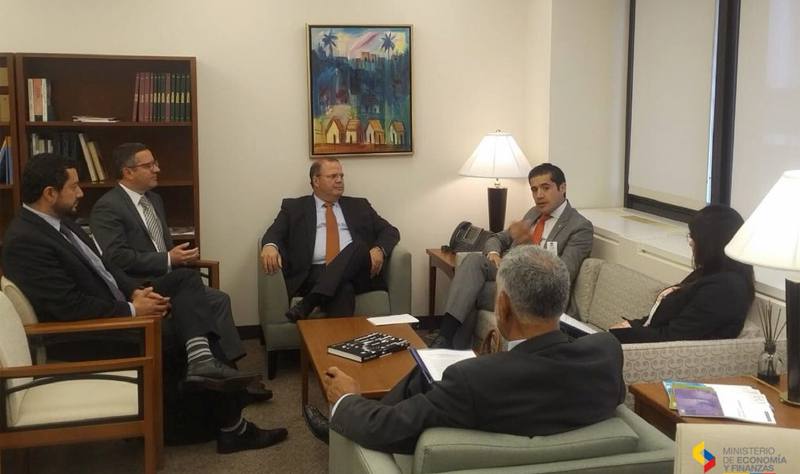 “The IMF team was encouraged by the positive and constructive dialogue with the Ecuadorian authorities and expects a continuous collaboration relationship.” This was said yesterday the Monetary Fund in an official statement, about the visit of the Ecuadorian mission led by the Economy Minister, Richard Martinez, visiting Washington.

According to the IMF, this meeting “offered the opportunity to discuss macroeconomic issues and the cooperation channels between the IMF and the authorities of Ecuador”. In addition, the IMF visit to Ecuador for the analysis of Article IV was set for June 20.

The rapprochement with multilateral organizations by Ecuador takes place in the midst of an important need for liquidity in the country, as well as the high level of indebtedness, which this Government has comprehensively made visible and which reaches $ 58,980 million. Minister Richard Martinez has said that the purpose of the visit is to strengthen the country’s credibility abroad.

Meanwhile, the Ministry highlighted that there were some positive results with several multilateral organizations. For example, technical assistance was agreed for the optimization of spending and improvement of the business climate in the country by the World Bank, as well as progress in lines of credit underway for projects.

With the IMF, technical support was also agreed on matters related to macro-fiscal rules and banking and cooperative supervision.

The Inter-American Development Bank (IDB) has committed its technical assistance to social programs in vulnerable sectors and support for financing the Casa para Todos program and other infrastructure projects.

On the subject, yesterday, Sebastián Roldán, private secretary of the president Lenin Moreno, explained that the function (of the trip) is to probe what the markets are perceiving about the Ecuadorian situation and to offer tranquility and improve the conditions of Ecuador in management issues regarding the debt out.

“The intention of the delegation is to seek better conditions for Ecuador, and that is sovereignty. Sovereignty means contracting debt at the lowest interest and in the longest term, “he said.

Roldán explained that he is exploring to deal with those who have the Ecuadorian bonds. There are many debt holders who are in the United States and it is essential to know what the conditions are for that debt. We are going to fulfill our obligations and seek to re-profiling the debt for the benefit of Ecuador.

Precisely, between yesterday and tomorrow, the mission was going to have meetings with representatives of international investment banks. According to the Ministry of Finance, several appointments with JP Morgan and Marathon were scheduled. Also, a meeting was planned with Alliance Bernstein and with Stone Harbor, HSCB and Black Rock. (I)