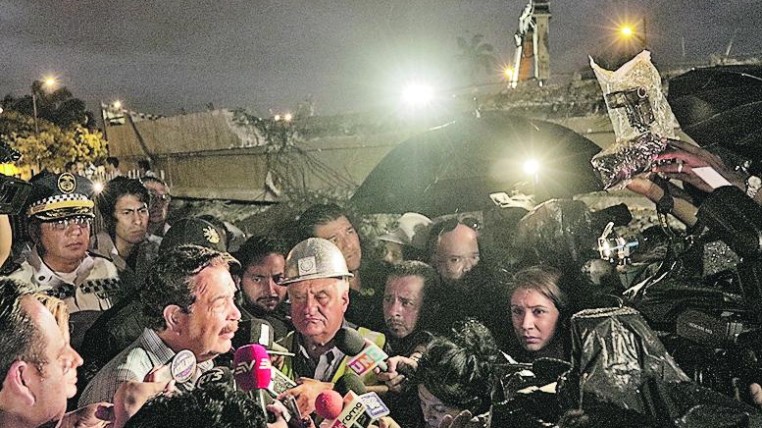 Since the demolition works and the removal of debris from the overpass that collapsed during the earthquake recorded on April 16, Guayaquil Mayor Jaime Nebot announced the arrival of several Spanish rescue workers who will contribute to the search for survivors in the devastated areas.
He also said that thanks to an agreement with the US government, structure experts will arrive, who will review the affected buildings.
In addition to machinery and food supplies, Nebot said that the municipality will contribute with two mobile drinking water plants.
Regarding the cleaning of the bridge area, Jorge Berrezueta, director of the Department of Public Works, said it would take between 15 and 20 days.

By order of technicians who verified the status of other viaducts, the transit of the two parallel passovers to the one that collapsed is restricted: in front of the Voltaire Paladines Polo Coliseum (that connects de las Americas Avenue with Los Rios Street), and the one that connects the Esmeraldas street with de las Americas Avenue (in front of Mi Comisariato), explained Enrique Varas, commander of the Municipal Transit Authority.
Source: http://expreso.ec/actualidad/el-alcalde-jaime-nebot-regreso-anoche-a-guayaquil-y-trajo-rescatistas-espanoles-NY265816