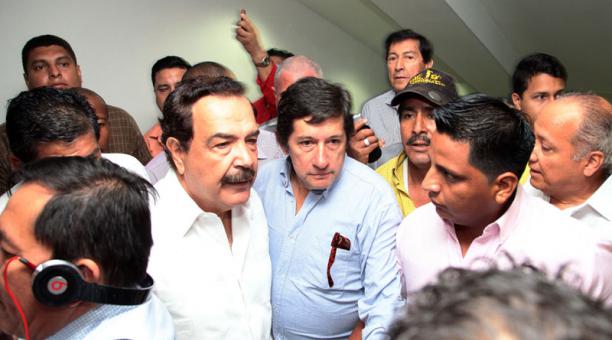 The Mayor of Guayaquil, Jaime Nebot, revealed this Tuesday October 21 the complaints from two police officers who say they have been pressured to implicate him in Las Dolores case.

According to the Mayor, 7 months the two police who referred filed a complaint over pressures, and he quoted one of them: D.Y., who last March 20 denounced having allegedly bee extorted for implicate him in the case.

According to the complaint D.Y., part of which read the Mayor, the policeman stated that in December 2013 received a visit from a lieutenant who told him to be there from the government and that he needed that one of those arrested in the case decide to give a version in which accuse directly Nebot.

“. That was it purchased judges for are not be sentenced, and that but rather we accept they were going to sentence to us to 25 years in prison. I felt that the abuse of power was violating our human rights,” he read.

Furthermore Nebot said that in 30 years of public life knew several alleged plans to attempt on his life and never reported them.

Polls reveal slight advantage of Rousseff over Neves for the runoff