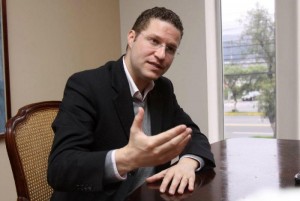 The Mayor of Quito disagrees with the studies performed by Metro de Madrid for the possible construction of a similar system in Quito, which apparently, are not enough.

“I want to report that the company Metro Paris will present a study of the operation costs the fares and the Quito subway would have that would have,” Mauricio Rodas wrote on his Twitter account, at 07:52.

He added that the study of Paris Metro will also be an important imput for the future of the project in Quito.

So far, the reference of the project cost is the study raised by the Spaniards. According to them, the Metro de Quito requires an investment of $ 1,499.5 million. The fare was calculated between 40 and 45 cents. For operation and maintenance costs, an outflow of $ 45 million per year is estimated.