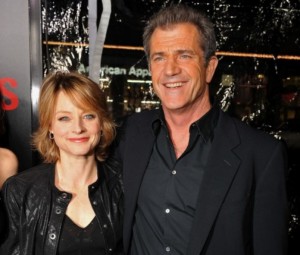 Actress Jodie Foster made positive comments of his friend Mel Gibson, who currently maintains an intense legal battle with his ex girlfriend Oksana Grigorieva. On People magazine, Foster called him “the most loved man in the movie industry.”

Jodie, 47, two times winner of the Academy awards, showed her sympathy and support for her friend and hoped he overcomes these hard times. Gibson’s image was hurt by tapes where he was insulting his ex girlfriend.

“Gibson is amazing and a loyal friend.” were Foster’s comments. “He is liked by everybody he meets or works with him,” she added.

This week Mel Gibson, 54, will make a cameo in the The Hangover sequel, like Tom Cruise in Tropic Thunder.

“He really liked the humour of the first one so I’m happy he is on this one”, explained Foster. (AV)

Celine Dion Wants to Prevent Premature Birth of her Twins