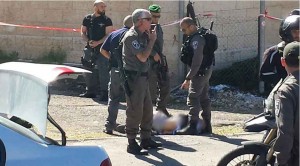 Five people, including four members of the Israeli security forces were injured this Friday after being rammed by a car in Jerusalem by a man who then tried to stab people which was near, police said.

The attack took place between the east and west of Jerusalem, on the boulevard that marks both parts of the city.

“Apparently this is an attack with a car […] and an attempted knife attack near a station of border guards,” said police spokeswoman Luba Samri in a statement.

“The driver rammed with his car” and then came out with a knife to try to stab people who were nearby, he said.

Police opened fire and wounded “seriously” the author of the attack, a resident of Jerusalem

Cuba and EU held last meeting of 3rd round of negotiations