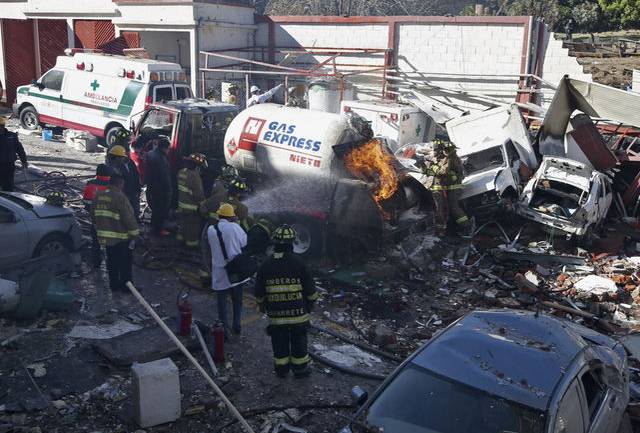 A maternity hospital in Mexico City  suffered on Thursday a powerful gas explosion killing at least two babies and a nurse.

The explosion in the Cuajimalpa maternity hospital, that assists pregnant women, occurred around 07:00 local time, when a tanker of the Gas Express Nieto  company supplied the maternity and the hose of the vehicle suffered a leak.

Among the panic of workers and patients, who fled, rescuers, with the help of dogs, began searching survivors in the rubble of the hospital, which was destroyed by a 75%.

A total of 73 wounded, including 22 children, were taken by helicopter to several hospitals in the capital, for which  many people were called to donate blood.

While about 60 rescuers of the Topos group continued today carefully removing debris, searching with miners  lamps in all holes trying to locate wounded people.

“We have not found anyone, but we can not ruled out that there is someone in the rubble because there are still areas that we haven’t been able to reach,” said  Luis Alvarez, a rescuer.