Salary caps will only apply for new managers 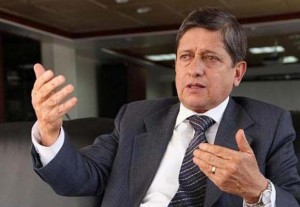 The Minister of Labour, Carlos Marx Carrasco, participated yesterday in a conversation with members of the Association of Human Resources of Ecuador (Adghe) in which the content of the draft Law on Labor Justice and Unpaid Household Work was reviewed.

At the meeting the bill that is pending in the Assembly, which provides that the managers of a company can only win an amount that results from multiplying the salary of the one that wins less by a value that determines, annually, the Ministry of Labour.

Carrasco said that this would not apply to executives and managers that today have a higher salary. This regulation would only be used for those who henceforth occupy such positions.

The authority also explained that the disappearance of fixed-term contracts for indefinite stays as is and that is another of the mechanisms that allows to generate stability for workers.