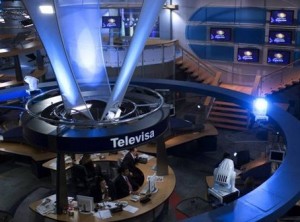 In order to open the television sector to competition, the Federal Telecommunications Institute (Ifetel) published today in the “Official Journal of the Federation” the call for bidding of at least two new TV broadcasters with national coverage.

“For the first time in the history of the country it will be possible to conduct a bidding process to allocate new frequency concessions of free Television, with which is pursued to achieve greater competition in this market,” the Ifetel stated.

The open TV spectrum is currently controlled by Televisa (70% of the market) and TV Azteca (the remaining 30%).

Regarding the bidding of the two television networks, the Ifetel will release the requirements before Sunday.

In the call it is explained that all companies who participate in the competition will have to count on the approval of the Institute in terms of economic competition, and the granting of the tv networks will be for 20 years.