BREAKING NEWS
Former President Abdalá Bucaram Ortiz, arrested in a strong police operation in Guayaquil
Israeli Shy Dahan was assassinated in Prison while implicated in the sales of medical supplies to Jacobo Bucaram
Organizations warn about threat to Xavier Bonilla, cartoonist for the newspaper EL UNIVERSO
CNE denied challenges from three canceled political organizations
Adelante Ecuatoriano Adelante faces third cancellation resolution in the Electoral Council
Lasso is trending on Twitter: ‘The one that appears in a video that circulates is me’
Tax law benefits are already applicable for bananas and other sectors
Ecuador achieves financial relief after deferring payment of debt with Chinese bank
The hearing to formulate charges against Abdalá Bucaram and his son Jacobo began in Guayaquil
China agrees to Ecuador overseeing Chinese fishing vessels on the high seas 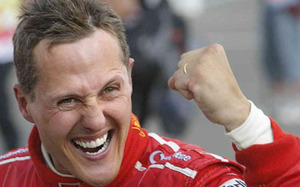 Last Sunday, the former Formula 1 pilot Michael Schumacher suffered an accident that left him with a serious case of ” head trauma.” However Schumacher had a ” slight improvement” after being subjected to a second operation, despite this, his state continues as “critical.”

“The situation is better controlled than yesterday (Monday),” said the doctors who attend him in the Grenoble hospital, where the former pilot is hospitalized since his accident last Sunday.

Schumacher remained in a state of “hypothermia” and induced “coma,” doctors said they were “surprised” by the “improvement” of seven times world champion of Formula 1. “The scan shows that there are other injuries,” revealed doctors while addint that moving Schumacher to another hospital is “dangerous.”

The doctors maintained that they will not speculat about Schumacher’s future and announced that they will only state, in coordination with the family, the news according to his clinical development.