Migrants ‘stick up together ‘ to promote the Temporary Protected Status 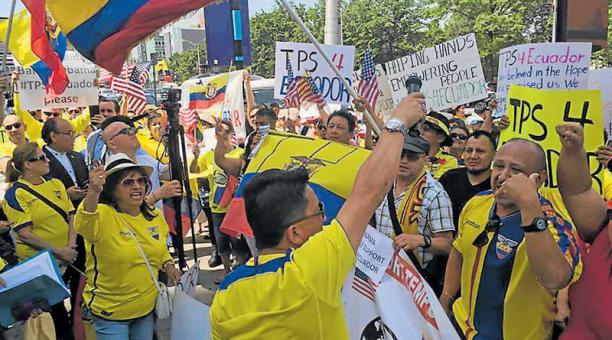 Ecuadorian undocumented immigrants living in the United States came out of the shadows and took to the streets. Before, according to Magdalena (protected name), they were afraid to do so for fear of being deported.

But the possibility that are granted the Temporary Protected Status (TPS) made them mobilize. They say they will not stop until President Barack Obama gives a response.

On May 18, Ecuador formally asked the US immigration relief for undocumented Ecuadoreans. Foreign Minister Guillaume Long sent the TPS application to Secretary of State John Kerry and Secretary of Security Jeh Johnson. The initial idea took shape in Manhattan, one month earlier, on April 18. It was two days after the earthquake that shook the Ecuadorian coast. In a meeting with the authorities at the Consulate one of the community leaders proposed to make that request.

Lenin Moreno will be the government candidate