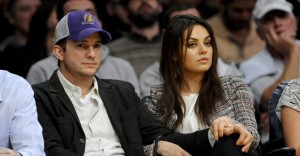 According to entertainment website TMZ, actors Mila Kunis and Ashton Kutcher, who have been together since 2012, are already the parents of a girl. Kunis gave birth on Tuesday night at Cedars Sinai hospital in Los Angeles, a favorite of celebrities.

This would be the first child of the couple, who met while working in the popular TV series “That 70’s Show.” Kutcher was married to Demi Moore for six years, after which the couple divorced in 2011. Meanwhile, Kunis had a relationship of several years with the Home Alone actor Macaulay Culkin.

Dwayne Johnson, The Rock, will star the new Baywatch film