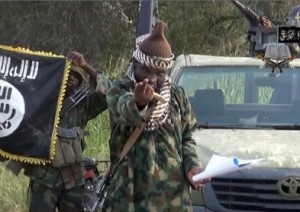 The head of the Islamist group Boko Haram, Abubakar Shekau, denied being dead, as the Nigerian Army affirms, in a video that also claims to have established a “caliphate” in the cities under their control.

“Here I am, alive. I’ll Die the day when Allah take my breath away,” said the head of the Islamist group in a video of 36 minutes.

Shekau, who has the same appearance as in the previous videos, qualifies as “propaganda” the announcement of his death by the army.

“We run our (…) Islamic caliphate” and apply the punishment under sharia, Islamic law, he added.

Last week, the Nigerian Army claimed Shekau had died and that the man who posed for him in the video published by the Islamist group also died in clashes with the army in the northeast of the country.