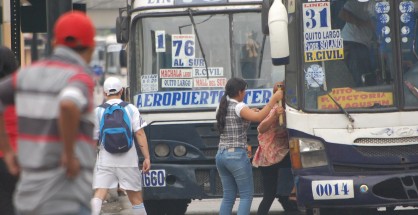 Transporters and university students announced that they will resort to the Mayor of Guayaquil, Jaime Nebot, in order that the authority decides the urban buses fares.

Given this, Nebot revealed on October 1 that he will drive the convening to a referendum to define the raise of the fares in the canton and determine if the city hall will assume the subsidy to transporters.

“The people will have to decide (raising fares). We will collect the signatures of the case and the people must choose whether monies from the Municipality be delivered to transporters for in the same amount the works were going to do for them are undermined”. The measure will be implemented after the conclusion of the October holidays.