Moreno relies on the military and dismisses a civil guard 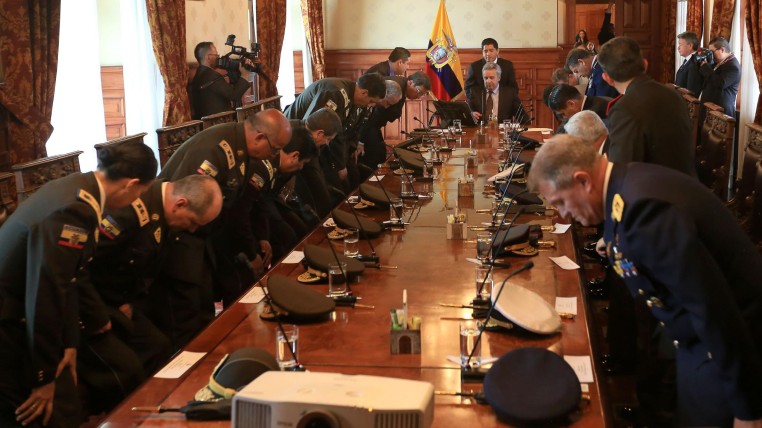 Another turning point. The questioned Public Protection Service, established in the Code of Citizen Security Bodies will remain in ‘stand by.’
President Lenin Moreno assured he will entrust his personal security to the army and the police. He said this during the appointment he held yesterday in the Palace of Carondelet with the leadership of the Armed Forces and the National Police.

“I will only resort to you. If the Ecuadorian people and the Government have trusted that you can take care of their security, the president also wants to express his full confidence in what you can do. I think you are fully prepared for that,” he said without directly mentioning the Protection Service.

This civilian security body, which will depend on the Ministry of the Interior, was an initiative of former President Rafael Correa and should start operating in 10 years. Today, the last step for its creation should have taken place in the Legislature (I).