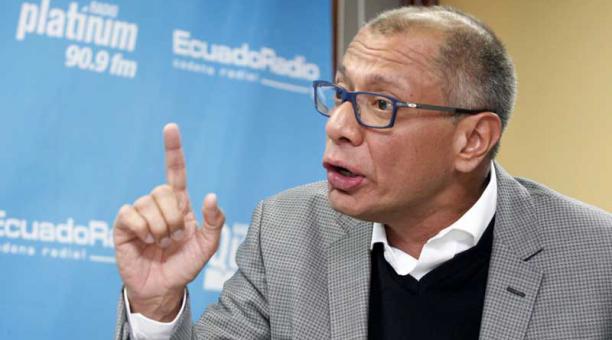 His appearance was scheduled for 10:00 on Monday, June 12. Vice President Jorge Glas would appear at the offices of the Attorney General’s Office in northern Quito. However, the hearing was suspended by the Prosecutor’s Office. The prosecutor of the case asked permission to not attend the meeting that day, so the Vice President was informed that the institution would set a new date and time.

The cause? The Odebrecht case, the political opposition of the country link Glas with those officials who received bribes from the Brazilian company as he was in charge of the strategic sectors that awarded contracts (I).