Mujica: Argentina should complain by sentence before international organism 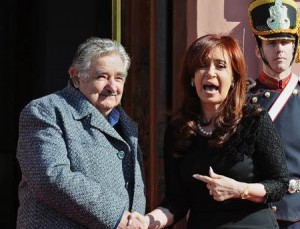 Posing complaints to international bodies was yesterday proposed by José Mujica, Uruguayan President, following the decision of the U.S. courts to condemn Argentina to pay 100% of a debt with hedge funds.

Upon being consulted about the subject, Mujica said, “Today or tomorrow they can do the same to anyone, I think these things have to be taken to the international forums and collective attitudes have to be assumed.”

“It’s a problem that we have to pose in Unasur and needs to be posed within Mercosur too, within the OAS,” said the president.

In past days, the United States Supreme Court convalidated a sentence of a New York judge and an appeals court that condemns Argentina to pay about 1,330 million dollars to the  NML Capital and Aurelius hedge funds, due to bonds they bought after the default of 2001.