National Assembly is vulnerable to an unstable first quarter

Due to the Sectional Elections’ campaign, the legislative recess of almost whole February and among other reasons, the plenary of the National Assembly of Ecuador will face a tight work schedule in the first half of the year, where instability is expected.

The political movement Alianza PAIS (AP), ruling movement and majority in the Assembly, is also aware of the coming instability. “It is possible to get some influences due to the campaign and the recess , but we will have a clear legislative agenda, we will act with transparency,” said the official coordinator Fausto Cayambe. 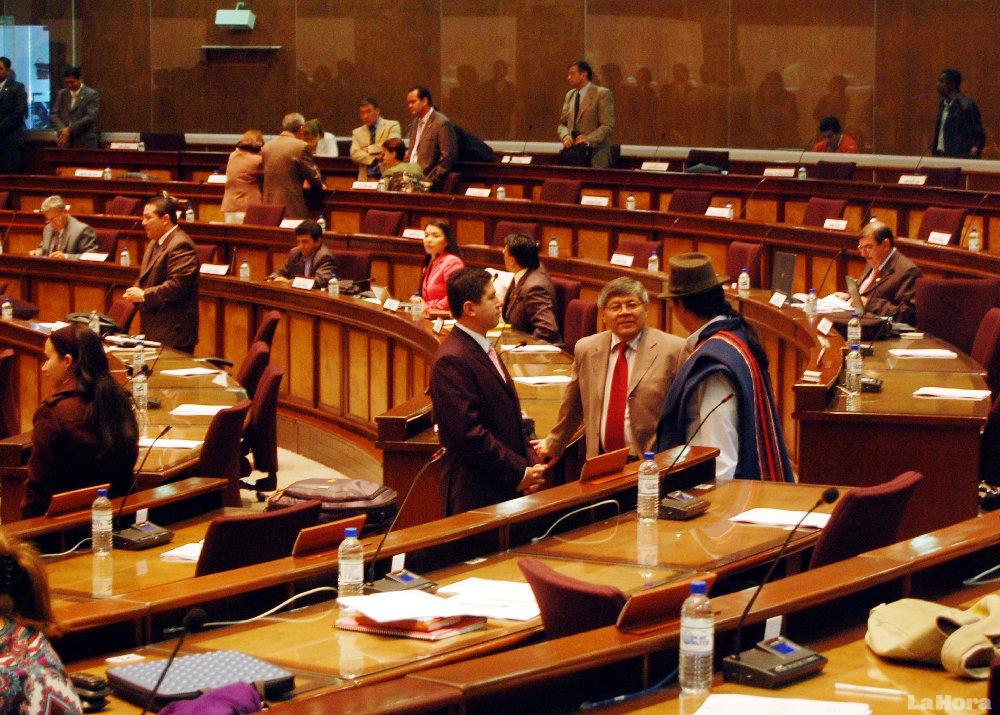 Plenary of the National Assembly

Chiriboga did not attend the Oversight Commission