Nestle will sell its coffee machines through robots 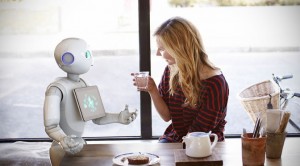 The Japanese subsidiary of the Swiss group Nestle said on Wednesday October 29 that they will launch 1000 Pepper robots, developed by the French-Japanese company Aldebaran to sell their coffee machines.

“It’s the first time that many robots are introduced into the shops,” Nestle said in a statement. The Peppers, small Androids with wheels and a touch screen as a body, will reach department stores and specialty stores in December.

Pepper, which relies on artificial intelligence with shared network, was conceived by Aldebaran, a company absorbed by the Softbank group.