New sanctions against Russia will be proposed by European Commission 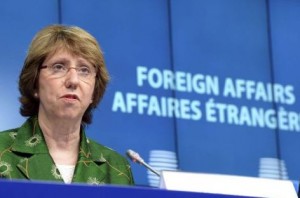 The European Commission this Thursday will propose to the Member States a package of sanctions against Russia, including an arms embargo for “future sales” and a ban on financial transactions, according to diplomatic sources.

The sanctions would be implemented if Russia does not fully cooperate with the investigation of the shooting down of flight MH17 and stops the flow of weapons and fighters across its border, among others.

The sanctions include access to capital markets, defense, sensitive dual-use and advanced technologic equipment, even sectors such as energy, which would make Moscow lose more than 10,000 million dollars per year.

In addition, the Commission intends to propose banning the financial transactions with “a series of Russian financial institutions” to prevent “liquidity in European markets,” diplomatic sources explained.