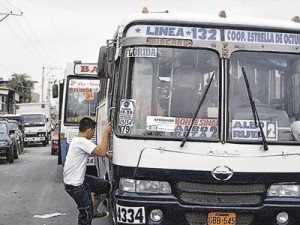 The new transit law was approved yesterday in the National Assembly with 80 votes in favor from parties as Alianza País and Sociedad Patriótica, while Madera de Guerrero and Social Cristiano were opposed.

There were several conflicts in the session because of many complaints from the opposition such as: an alliance between the drivers and the government; approved items that were not discussed before; and the fact that the new law does not stipulate the loss of points it only agrees the collection of money.

As requirements to accomplish the disposal, the driver must submit an official letter to the National Agency Director for Traffic Regulation. A document from this agency certifies that the person has not incurred in new traffic violations during the past year, the approval of a driving course, and another certification to show that the person has no pending lawsuits for violations.

Among the last-minute changes, it was established that the driver’s license that has been suspended for more than four times loses the right to renewal it.