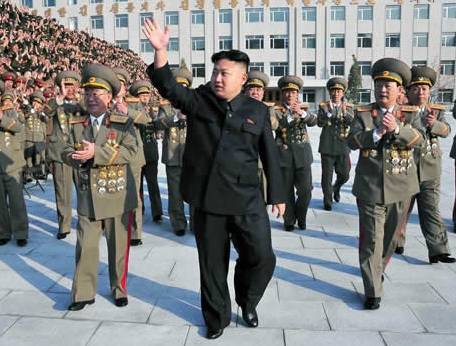 North Korea warned it will hit the White House, the Pentagon and “all the continental United States, the sewer of terrorism,” after the US government made the Asian country responsible for the cybernetic attack against Sony Pictures.

The US blamed North Korea of the cyber attack which turned into threats of terrorist attacks against cinemas on US territory and cancellation by Sony of the premiere of “The Interview” movie.

The National Defense Commission, headed by Kim Jong Un, North Korean leader, warned that his army of 1.2 million troops is willing to fight a war of all types against the United States.

“Our toughest counteraction will be boldly taken against the White House, the Pentagon and the whole U.S. mainland … by far surpassing the ‘symmetric counteraction’ declared by Obama,” said the Policy Department of the commission in a statement released by the Korean Central News Agency (official).

For his part, Obama, who promised to respond “proportionally” to the attack, said in an interview to CNN that Washington examines whether it again puts North Korea in the list of sponsor states of terrorism.