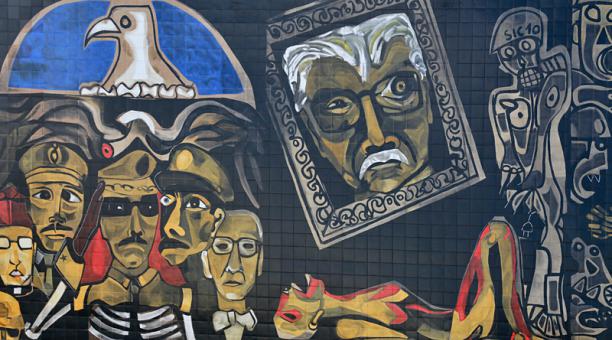 The daughters of deceased former president and former mayor of Guayaquil León Febres-Cordero published this December 21 a statement protesting against the mural called “Grito de la memoria” (Cry of memory by its English meaning), which is on the outside of the General Attorney.

According to the Febres-Cordero Cordovez sisters, the mural of Pavel Egüez, offends the memory of her father because they placed his image along with the one of dictators abroad (Augusto Pinochet of Chile, and Jorge Videla of Argentina), without considering that he was elected by popular vote.

However, the prosecution did not rule on the newsletter.

The member of the Oversight Commission of the Assembly, María José Carrión (AP), notes that the mural seeks to avoid that hate crimes by political affiliation allegedly occurred in that regime, do not happen again.

While Elsie Monge, former member of the Truth Commission, that investigates crimes against humanity, says it is necessary to review the painting “comprehensively,” because it starts with “the repression of that time and ends with a symbol of hope for victims of violation of human rights” that, in her opinion, “was given in the most repressive period of Ecuador,” the Febres-Cordero regime.