Obama dedicated the 4th of July to inmigration 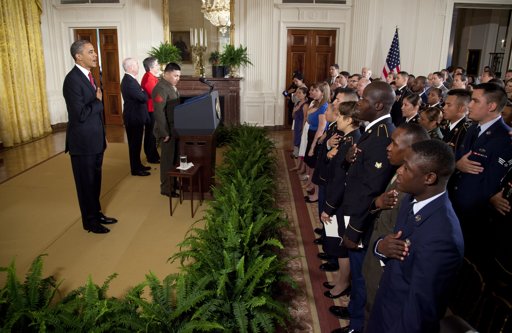 The United States President, Barack Obama devoted yesterday July 4th to inmigrants with a ceremony at the White House in the Independence Day.

Obama told Americans that welcoming immigrants in the country is “central to our lifestyle” in a passionate plea for a new policy.

At the event, 25 people born in other countries received American citizenship for their service in the army.

The President acknowledged the contribution of the immigrants to the Armed Forces, who have earned the citizenship serving the country, and who throughout the history have contributed to the United States, which celebrates 238 years of independence.

According to AME, state subsidies to municipalities will not be eliminated