Obama reiterated his desire to close the Guantanamo prison 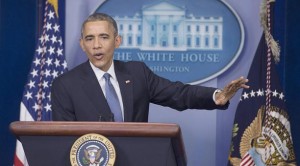 The US President Barack Obama said he will do everything he can in his last two years in office to close the Guantanamo prison in Cuba, which he indicated “continues inspiring jihadists and extremists around the world.” Guantánamo “contradicts our values,” Obama said.

In addition, the President of US indicated that it makes no sense to spend millions of dollars per prisoner if there is a way to solve the problem that “corresponds more to our values.”

During his campaign, more than six years ago, Obama offered the closing of the prison in a US military base in Cuba.

Since he became President, he tried to empty the facilities by transferring prisoners to other countries. Currently 132 men are still held at Guantanamo.