Oil spill in the coast of Esmeraldas 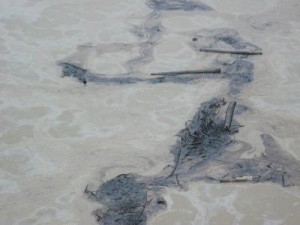 An overflow occurred yesterday in front of  the coast of Esmeraldas. The information was confirmed by Petroecuador, through a release.

The crash was reported by a broken hose that supplied the Santiago vessel, from the Ecuadorian Oil Fleet (Flopec), in the monobuoy “Y”, five miles from Las Palmas.

The Governor of the province Paola Cabezas, said in her Twitter account that there is no possibility that the spilled fuel reaches the shore of Esmeraldas.

According to Cabezas, it was not an oil spill but of fuel oil, a lighter product than oil, so it’s easier to control through the application of dispersants.