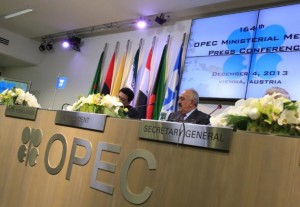 The Organization of Petroleum Exporting Countries (OPEC) announced a slight rebalancing of the market this year due to the fall in prices, according to its monthly report published on Monday in Vienna.

Another rebalancing factor according to the OPEC is the rise in the world oil demand this year, which will increase very slightly in 1.17 million barrels per day (mbd) against 1.15 mbd in its previous forecast.

However, the market remains structurally in surplus, with a surplus production of one million barrels per day.

The application addressed to the OPEC will be 29.2 mbd in 2015, against 28.8 mbd in the previous forecast of the organization.

Government will return taxes to exporters