Opposition will also propose reforms to the Constitution 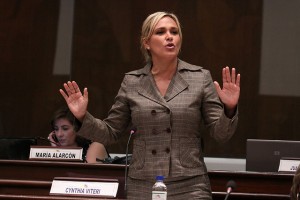 Congresswoman Cynthia Viteri (PSC) said she will file a proposal of amendment to paragraph 9 of Article 77, which deals with the time of preventive detention. Viteri said she would suggest this “under the same way” PAIS Alliance has done it by an amendment through the Assembly; “In order to see if it is accepted”

Assemblyman Gilmar Gutiérrez (SP) said that his party has prepared a draft amendment to Article 218, which regulates the National Electoral Council and the initiative would be sent to referendum.

Maria Alejandra Vicuña (PAIS Alliance) said: “Any reasonable proposal that helps to overcome some weaknesses of the Constitution will be reviewed”.