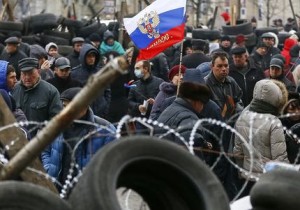 The Ukrainian government reported that there have been new attacks in the east by the pro-Russian militias, despite the declaration of the seven days ceasefire that went into effect last Friday.

The Council of National Security and Defense of Ukraine stated that in the last 24 hours were recorded at least seven attacks against government troops positions in the self-proclaimed pro-Russian regions of Donetsk and Lugansk.

“The truce announced by the Ukrainian military without any consultation with us is not recognized by the militias of the People’s Republic of Donetsk,” assured the military chief of Lugansk, Igor Strelkov.

The President of Ukraine Petro Poroshenko reiterated his willingness to talk to the pro-Russian insurgents, but only with the moderates. “I’m willing to talk to those who deviated from the right path to take erroneous separatist attitudes,” he said.

For their part, French President Francois Hollande and German Chancellor Angela Merkel spoke via telephone yesterday with Vladimir Putin and asked him again to shield his border to not allow the transfer of weapons to the neighboring separatist region.