Pacific Refinery describes as “arbitrary” the entry of Yasunidos 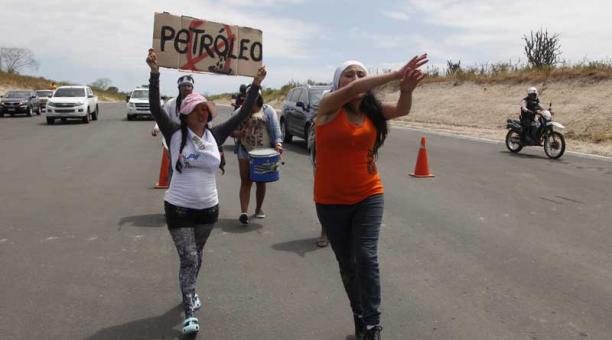 The Pacific Refinery issued a statement which ensures that the entry of a group of about 50 people on Saturday May 14, 2016 was arbitrary. It also ensures that these people failed to respect the security guards, “covered in support of an environmental initiative.”

This was the Yasunidos group, which joined the Break Free From Fossil Fuels international initiative that started last May 3 and included various activities of protests in several countries.

The demonstrators intended to grow plants on the grounds of El Aromo sector, in Manabi, where the refinery is being built. They consider it a “white elephant” and wanted to leave flowers, and other species that produce food in the future for the people affected by the earthquake of last April 16.