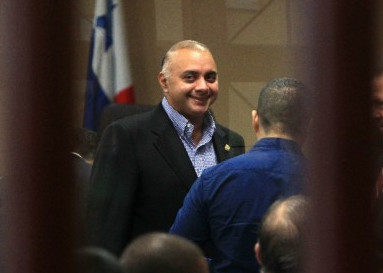 The Supreme Court declares this Tuesday Panama not founded objections raised by the defense of Galo Lara, so the extradition request against former Assemblyman Ecuadorian is in force.

“Ecuadorian citizen TITO GALO LARA YEPEZ, general known, remains at orders of the Executive, who shall be responsible will make a decision on the request for extradition by the Republic of Ecuador,” said the resolution of the Panamanian Court.

Ecuadorian Justice condemned Galo Lara, in 2013, to 10 years in prison after being found complicit in a triple murder case in August 2011 in the province of Los Rios, after being accused on 2012 of being the “mastermind”.

Lara has been detained since last June after the Panamanian Supreme Court ruled that must remain in custody until the Chancellery decides on his extradition to Ecuador.