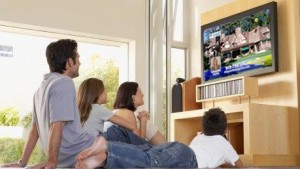 The State of Ecuador loses $ 33.4 million annually due to acts of piracy in pay TV Ecuadorians make, said the Superintendent of Telecommunications, Fabián Jaramillo, at the International Workshop on TV Piracy, which began on Monday, September 22.

Jaramillo said that between 250 000 and 300 000 users of pirated systems exist in the country. However, that number of users is declining by new technologies that allow blocking pirated channels.

Likewise, the income of decoders, which years back indiscriminately entered to the country, now has more control, which is reflected in an increase in the formal market, which currently registers 1.1 million subscribers, 10% more compared to the end of 2013.

Virgina Nakawagua, Regulatory Manager of Claro TV, explained that one of the reasons for growth is betting on new tariff packages with quality. Currently, the company has about 40,000 subscribers.