Paul McCartney is against Scottish independence 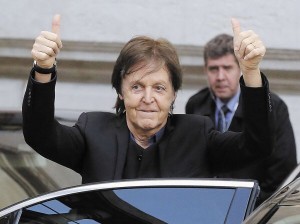 The Paul McCartney exbeatle was committed on August 30 against Scottish independence by signing an open letter calling to vote to keep it in the UK, to mark a referéndum on September 18.

The organizers of the campaign ‘Let’s Stay Together’, stated that the singer signed the letter in Liverpool.

The letter was first published on last August 7 in the British press, signed by more than 200 celebrities, including rock star Mick Jagger, astrophysicist Stephen Hawking and Hollywood stars like Helena Bonham-Carter, Patrick Stewart or Michael Douglas.

Since then, more than 50,000 people signed it, say the initiators of the project.