Workers Party supports Rousseff after the acceptance of Silva in Brazil 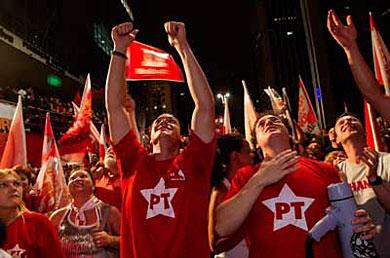 The membership of the Workers Party (PT) on August 30 was mobilized in Brazil to support President Dilma Rousseff, whose re-election is in doubt since the outbreak as candidate of the ecologist Marina Silva.

“The PT is alive, mobilized and in support for their President and candidate,” said a manager of PT, Romenio Pereira, who said that the protests were held in 2,500 cities with less than 30,000 inhabitants.

In these cities, “we have noticed more changes that the country has experienced in the last twelve years,” he said in relation to the three successive PT mandates from 2003.

A Datafolha survey showed on Friday August 29 a draw between Silva and Rousseff on the vote intend in the first round in October.