Paul McCartney suspended his Asian tour due to infection 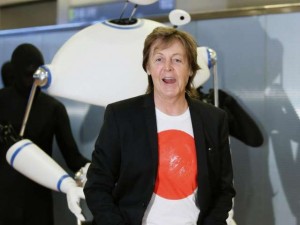 The artist, having recovered, returned to London

Paul McCartney, former Beatle, had to cancel his Asian tour, after staying sick in Tokyo hospital due to an unknown virus. Organizers of the event said that the 71 years old star left the country last Monday in a private plane headed to London, although the singer’s representative did not give further details.

McCartney had to cancel his Japanese tour last week after the inconvenience. The tickets were completely sold.