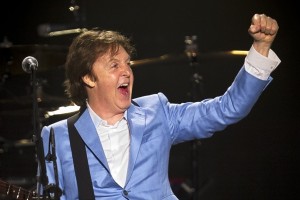 Today, the ex- Beatle Paul McCartney will perform at the San Francisco stadium in California, on the occasion of his world tour “Out there”. The stadium was built in 1960 and more than half a century ago, in 1966, the legendary group performed for the last time.

This will be the last presentation that will take place on this stadium, which will be demolished for being an unfit place due to strong winds and heavy fog that are produced most of the year. The stadium has hosted artists such as Van Halen, Metallica, Rolling Stones, etc.

Alfonso Espinosa de los Monteros, Guinness World Record with the longest career as a television broadcaster in the world