Argentina defies judge Griesa to carry out his threat 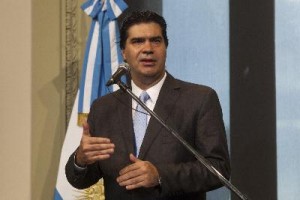 The Argentine government invited American judge Thomas Griesa to fulfill his threat of declaring Argentina in contempt. This, after refusing to comply with the judgment they are ordered to pay hundreds of millions of dollars to its creditors. Also, if they persist in making “false (declarations) about already having fulfilled their financial obligations”.

Argentina indicates that it was Griesa who blocked payments of the bonds issued under foreign law until the country does not comply with the ruling.

“The judge does not release an order of contempt because he cannot apply it to a sovereign country”, said Cabinet chief Jorge Capitanich, challenging Griesa.

The decision prevented Argentina in July to honor the interests of its Discount bonds, falling back into default.