Paul McCartney will resume his tour `Out There!´ 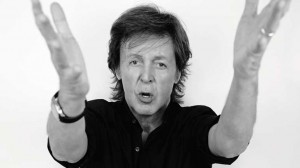 McCartney will resume his tour on July 5 in Albany, New York

In the wake of getting a virus in Japan during his visit to the Asian continent because of his tour “Out There”, Paul McCartney had to be hospitalized in this country to then return to his native England. After a month of absence on the stages, the musician resumes his concert schedule.

In a video posted on Youtube, the artist said smilingly, `Hey! How is everyone? Everyone has been asking me how I feel. I feel fine, thank you very much for asking´, on July 5, in Albany, New York will start the tour where the singer will perform songs of the Beatles, The Wings, and his solo career .