Paute central will supply energy to the Mirador plan 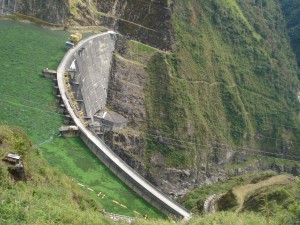 The Electricity Corporation of Ecuador (CELEC for its Spanish acronym) and the mining company Ecuacorriente (ECSA) plan to build in 18 months, a power transmission line between the Taday sector (Canar) and Bomboiza (Morona Santiago), which will transport the energy produced in Paute mainly to the Mirador mining project.

The general manager of CELEC, Eduardo Barredo, explained that through an agreement both sides pledged to invest $ 58 million, of that amount $ 35 million will be invested by Ecuacorriente and the difference by CELEC.

Mirador will require 94 MW and is located in the El Pangui village, in province of Zamora Chinchipe. A 80km wiring will be installed. It is estimated that approximately 250 towers will be required along the way.

The rate to be paid by the company has not yet been defined, but it could of be between $0.10 and $0.12 per kilowatt/hour.