Pdvsa company failed the disbursements to finance the Pacífico Refinery 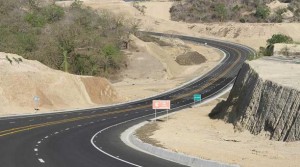 During the last three years the company Petróleos de Venezuela SA (PDVSA) did not make all disbursements agreed as a strategic partner to finance the construction of the Pacífico Refinery. This became known after an examination of the General Comptroller of the State and a report of the Ecuadorian firm.

The shares of the project, which is being built in El Aromo, Manabi, are distributed in a 51% of Petroecuador and 49% of PDVSA.

Until now, the work has an advance of 11.7% and $ 1200 million have been invested, of which 81% was disbursed by Petroecuador and the rest by the Venezuelan company.

In 2012 and 2013, the Pacífico Refinery faced the breach of capital contributions from PDVSA, which was resolved with contributions from the local shareholder Petroecuador, as detailed in the examination of the Comptroller DR5-DPM-AE-0051-2014.

Esmeraldas is declared in state of emergency by propagation of Chikungunya