The governor of Guayas, Pedro Pablo Duart , visited the facilities of Diario EXPRESO to discuss various issues, including citizen security and the legalization of the Monte Sinai sector, among others. Also on the relationship of cooperation and coordination with the Municipality of Guayaquil. The full interview on these and other topics is published in the official accounts of Diario EXPRESO on YouTube and Facebook. 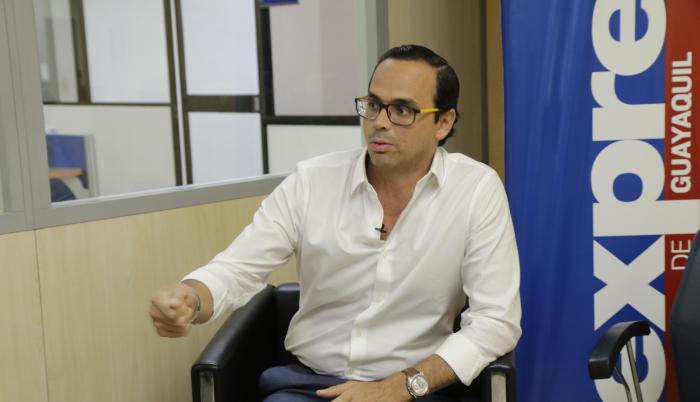 The assessment of insecurity rates in December …

We can’t talk about statistics or figures. It is difficult to say that we have reduced this percentage because it is enough for a person to be a victim of crime so that it falls apart. We are committed to continue fighting crime. How? We articulate at the tables all the institutions that concern security and invasions. It has given us good results.

Statistics help make decisions. Has crime gone up or down?

Operations increased. Throughout 2019, in zone 8, more than 9,000 people were arrested. The figures are not encouraging. We reiterate the commitment to fight crime. We are equipping the Police. An agreement was signed last year with the Municipality of Guayaquil to provide 130 vans to further control security.

There was a lag in the times. Are the 130 operational trucks already?

Because of a bureaucratic issue, it was not possible to leave the minute. And they are in circulation.

How is the relationship with the Municipality of Guayaquil?

The Government is characterized by dialogue. Personally, from the Governorate we have a good relationship with all the mayors and we show it in October with the demonstrations. I tell him an incident. We created a chat and invited all the mayors and the prefect to be in tune.

And in the chat is Mayor Cynthia Viteri?

In the four months you have been in office, have you met personally with the mayor?

– No. We have agreed … There is a good relationship.

What will the process of legalization of Monte Sinai be like?

– There are 9,500 properties of the Ministry of Urban Development and Housing … This new program is to facilitate the process. There are about 6,283 titles left. For me they are not simple pieces of paper as I heard. Before coming to this interview, I approached the Registrar of the Property to deliver the documents so that he could issue the titles … An agreement was signed with the City Hall of Guayaquil in September 2018, which expired last December. In that period only 820 people were legalized. In my opinion they are very few.

Was this the reason why the agreement with the Municipality of Guayaquil ended?

Do the properties have basic services?

– No. First you have to legalize them. Then it is the responsibility of the Mayor’s Office, according to the Territorial Planning Code.

– I don’t know what she will cover. I rely on the Code.