‘I have concluded that the dollarization system is a convenient and necessary system for Ecuador . It is the exit we now have. It is the road where we must travel. The price will be 25,000 sucres ”. With those words, on January 9, 2000, the then president Jamil Mahuad informed the country, in a national chain, that the sucre would be replaced by the dollar. 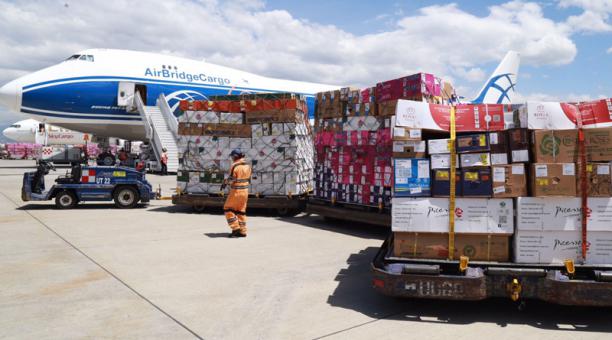 One of the mentalizers, economist Marco Naranjo , a former official of the Central Bank of Ecuador (ECB), states that “dollarization is the best economic policy that Ecuador has implemented throughout its history.” It is based on the fact that it brought stability , prevented further escalation of inflation and ended speculation of currencies.

In the productive branch, the rigidity of dollarization forced exporters to stop relying on devaluations of the sucre to gain competitiveness in the international market and become more productive, Naranjo emphasizes.

When dollarization was announced, the Ecuadorian Federation of Exporters ( Fedexpor ) opposed. The then president of the union, Luis Maldonado , assured that there would be effects for the sector due to productive costs.

Over the years, Fedexpor changed his speech and saw dollarization as an untapped fortress.

The current president of Fedexpor, Daniel Legarda , acknowledges that “until 1999 many exporters were aware of how much the currency could be devalued in order to continue competing. This helps exports and the external sector, but to the detriment of the rest of the population, therefore it is questionable. But exporters realized and none is against dollarization. Using devaluation is a spurious competitiveness. ”

The arrival of dollarization showed that the country had not really worked in competitiveness , companies were forced to rethink and bet on new strategies.

Shrimp, bananas , canned tuna, flowers and cocoa are the five main goods in the basket , with average growth ranging between 8% and 15% annually.

As examples of competitive products are those derived from cocoa , with the fine variety of aroma as a flag. There are also the new varieties of flowers with high demand in Europe and Asia . The shrimp is added that thanks to investments continues to add sales records.

In the 20 years that the monetary scheme is in force, public policies have not been compatible to enhance its benefits. They face trade barriers, labor rigidity, lack of a true productive policy and a legal framework conducive to the financial system, describes Legarda.

Carol Chehab , director of the Observatory of Foreign Trade, points out that the dollar generated more confidence in international markets towards Ecuador, after a long uncertainty about high inflation. “It helped that exports had a steady growth of around 330% since 2000,” says Chehab.

Buyers of Ecuadorian goods and services see an advantage in being able to negotiate with the country in dollars, because prices are more stable and there is more guarantee that a strong currency will not lose its value, Chehab adds.

Dollarization gave certainty and prevented salaries from liquefying with high inflation. Now there are challenges to face. Dollarization is not compatible with an economy in which there is a permanent increase in production costs, which threatens exports. The high cost of labor, the increase in basic services, the procedure and the tax burden are items that the exporter cannot transfer to the final price, he must assume it and that reduces profits.

The exchange rate for the exchange of sucres to dollars had to meet three objectives. It should cover as much of the Central Bank’s liabilities that were to be presented for exchange, including coins and bills, bank deposits at the ECB, sector deposits and more. This should also be of a value that allows competitiveness not to be lost and, third, when coming from the crisis of 98-99, debtors should be able to honor their obligations without closing the business.