This year Petroecuador plans to drill eight wells in the Tambococha area , belonging to Block 43 ITT , and maintain the production profile in that block of 60,000 barrels of oil per day, announced Gonzalo Maldonado, general manager of the state company, during a technical visit to this area, located in the province of Orellana. 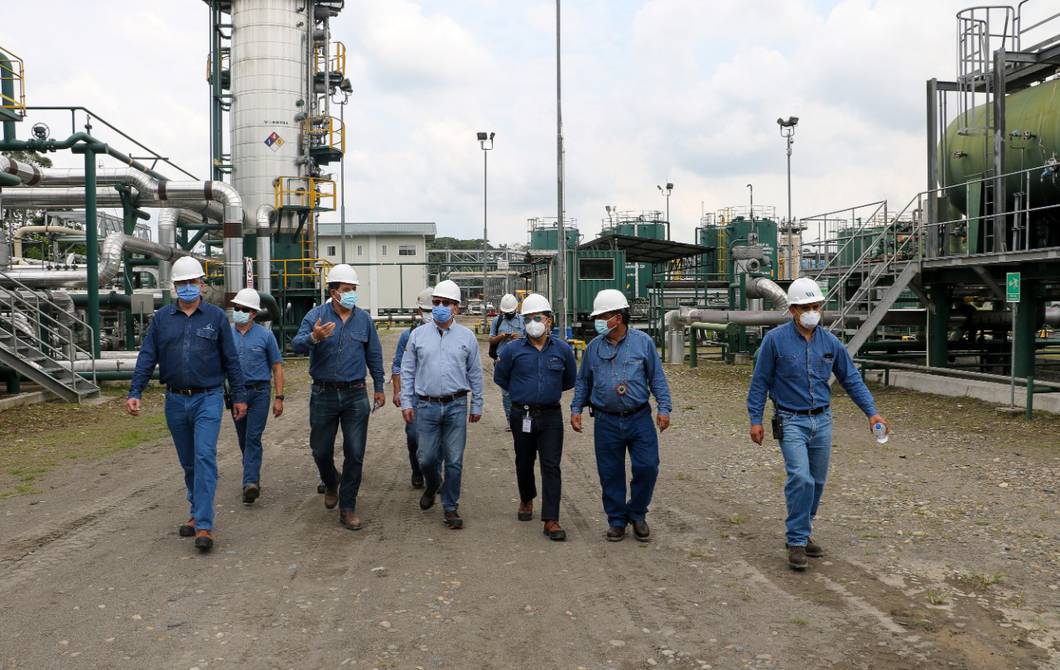 Currently, Block 43-ITT is 76% complete . To date, it produces 59,471 barrels of oil per day , of which 36,597 correspond to the Tambococha area and 22,874 to the Tiputini area. It has 168 wells drilled between producers, formation water injectors and gravel cut injectors.

This project also has the Tiputini Process Center (CTP) , located outside the Yasuní National Park, which processes 650,000 barrels of fluids in six installed separators. This infrastructure, which is 65% complete in phase I, plans to process 1,200,000 barrels in the future . In addition, 163 environmental safeguards have been implemented in this block, such as canopy bridges, depressed passages, among others, which allow maintaining the connectivity of the ecosystem and the genetic flow of species.

Meanwhile, Maldonado added that starting in 2022, ITT production will increase with the progressive entry of the Ishpingo A and B platforms , once the development phase of ecological access, the construction of facilities, among other operational aspects, is completed. by 2021.

“We are defining some parameters related to the budget to continue with the drilling campaign in 2021 and later with that of 2022,” said the official, who reported that in the case of Ishpingo, the drilling of 72 wells is contemplated, 36 on each platform. , where an estimated initial incremental production of between 600 to 3,000 barrels each is expected, aspects that have been determined with the exploratory and advanced wells.